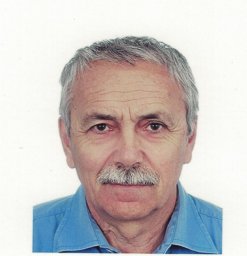 Rewards :
1. Award of St. Petersburg State University for scientific works for 2015 for the cycle of works "Control under information constraints with application to network, robotic and physical-technical systems" (together with S.V. Gusev and A.S. Matveev) .
2. Award of the publishing house MAIK "Nauka" for the best publications on physics and mathematics in academic journals in 2003. - for the article: Andrievsky B.R., Fradkov A.L. "Chaos Control: Methods and Applications" Automation and Telemechanics, 2003, No. 5. pp.3-45.
3. Title "IEEE Life Fellow" - Honorary Member of the Institute of Electrical and Electronics Engineers - since 2004. – for his contribution to the theory of adaptive and nonlinear systems.
4. IFAC Fellow title - Honorary Member of the International Federation for Automatic Control since 2017 "For his contribution to the theory of adaptive and nonlinear control and deterministic approximation of stochastic systems."
5. Prize of the Russian Academy of Sciences. A.A.Andronova.- 2018 - For the series of works "Synchronization and control of nonlinear oscillations" (together with I.I.Blekhman).
Professional activity :

Fradkov Alexander Lvovich, Doctor of Technical Sciences, Professor, Head of the Complex Systems Control Laboratory of the Institute for Problems of Mechanical Engineering of the Russian Academy of Sciences, Professor of the Department of Theoretical Cybernetics of the Faculty of Mathematics and Mechanics of St. Petersburg State University, Director of the Scientific and Educational Center "Artificial Intelligence in Cyber-Physical Systems" Head of the Scientific and Educational Center "Mathematical Robotics and Artificial Intelligence", St. Petersburg State University. In 1971 he graduated from the Faculty of Mathematics and Mechanics of the Leningrad State University. In 1986 he defended his dissertation for the degree of Doctor of Technical Sciences. He is the author of more than 700 scientific publications, including ten patents and 17 monographs. Research interests — non-linear and adaptive control, mathematical modeling, artificial intelligence in cyber-physical systems, etc.

In 1972-1989 A. L. Fradkov’s scientific and pedagogical career developed at the Leningrad Mechanical Institute (currently the Baltic State Technical University Voenmekh), where he has grown from a graduate student to a professor in the Department of Computer Science. In 2014-2015, Alexander Lvovich headed the basic from ITMO University, where he also headed the International Scientific Laboratory. He has been working at the Department of Theoretical Cybernetics of St. Petersburg State University since 1997, and headed it from 2015 to 2019. Currently he is professor at the Department of Theoretical Cybernetics.

Over the years of his teaching career, A. L. Fradkov has supervised three doctors of sciences and over twenty candidates of sciences, he developed and delivers courses of lectures related to such topical areas as control of oscillations and chaos, control of molecular and quantum systems, mathematical modeling of cybernetic systems, history of cybernetics and artificial intelligence.